What’s Going On With Venus and Alien Life? 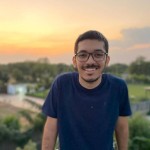 Let’s get to the point: Scientists have discovered signs of life in the Venusian atmosphere. About 50-60km above the surface, it is confirmed that there are anomalously higher quantities of the gas phosphine (PH3) than expected. We do not know of the origin of this gas, but all efforts to explain its presence through chemical processes have failed.

On earth, the only natural way phosphine occurs is through microbes that thrive in anoxic environments (i.e., where there is a lack of oxygen). What’s interesting is that, while Venus’ surface is a literal hellhole where it rains H2SO4 and is hot enough to melt lead, some altitudes of its atmosphere are suitable enough to support life in the clouds. It is almost exactly these altitudes where phosphine, which is a biomarker, is detected.

We have not detected life, but we have data that can only be explained by either of two possibilities:

I will try to make this into a narrative story so we can relate to the people involved and understand scientific collaboration.

Here are the major scientists involved:

Of course, these are not the only scientists involved, this was a collaboration of teams from the UK, US, and Japan.

Around 2013, Sara Seager’s All Small Molecules project established phosphine gas as a biosignature. In 2016, building on Sara’s research, Prof. Jane Greaves set out on a project to look for phosphine in the solar system (yes, we were actually looking for phosphine from the beginning).

How do we, from the ground, detect a gas (and also measure its concentration) on another planet? We use radio telescopes. Molecules exhibit some sort of rotation in a way that they absorb radio light, i.e., light with frequency in the radio spectrum, and particularly around 267 GHz (arriving at this number requires calculations specific to phosphine). You can explore astronomical spectroscopy if you want to know more.

But there are not a lot of radio telescopes in the world, and astronomers have to request for ‘telescope time’ from the operators of the observatories. Initially, Prof. Jane Greaves was rejected, but she persevered and got the telescope time she needed.

If there were phosphine on Venus, we would be expecting a V-shaped dip in signal strength that would vary on concentration. That did happen! There were a lot of follow-ups to minimise error and calculations to determine how much phosphine is there, and observations from two different observatories (JCMT, Hawaii in 2017 and ALMA, Atacama in 2019) to arrive at the conclusion that 20 parts per billion of phosphine gas is present in the temperate zone, the mid-latitudes on Venus.

While this was going on, teams from MIT and Cardiff had collaborated. They spent over a year (!) to do exhaustive research in geochemistry and other pathways through which the abiological origin of PH3 could be explained. As a researcher, you can’t just throw away and say it is possibly life. Four approaches were theorized:

I am basically oversimplifying the methods from the official research papers that I will link at the end of the article.

If the analysis is correct, only two implications remain. Either there is a really wild chemical process that is out of bounds of our current understanding, or, even crazier, there is life on Venus!

What If There Actually Is Life on Venus?

Now we are going into speculation mode. I, personally, would like to believe there is a life of extraterrestrial origin. The scientific community is going to be very critical about this. As William Bains says, “My gut tells me an unknown photochemical process is going on, I think the chances of there being life on Venus are very small.” Such is the reaction of many people; which is justified, you have to be conservative on a topic of such importance. The highly acidic and dehydrating environment of Venusian clouds could hamper the possibility of life.

“The temperatures and pressures from ~40-60 km above the surface of Venus are like Florida, except for the part where the water droplets are highly concentrated sulfuric acid. Venus sucks!”

There would be further work even if we could prove that life belongs to Venus. Here are a few questions/implications posed after that:

Of course, this is just speculation. There is a lot to do before we conclude something.

For now, it is sure that Venus is going to receive more attention and that the search for extraterrestrial life will receive more funding. There are missions to Venus being planned.

It is, though, inarguable that the institution of science is helping us answer the bigger questions facing us which gets me fired up about the future!

Here are the papers:
Phosphine gas in the cloud decks of Venus
Phosphine on Venus Cannot be Explained by Conventional Processes

Overpopulation – The Biggest Problem of the 21st Century

Population Growth in the Modern Period

What’s Going On With Venus and Alien Life?